Elon Musk, the greatest and audacious man on earth, was born on June 28, 1971, in South Africa. He is a futuristic man who believes that technology can transform the world. He has accomplished so much at a very early age in his life. He is the co-founder and CEO of Tesla and SpaceX. His mother was Canadian and his father was South African so he has risen in a house of two mixed cultures. He is an erudite and pragmatic person. 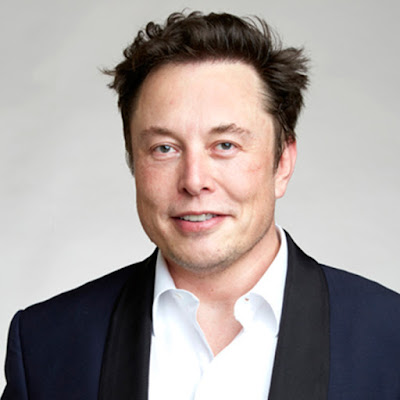 Elon Musk spent most of his time with his father because their parents got separated in 1980 and after their divorce; Elon Musk lived with his father. Musk was very much engrossed in computer programming at the very tender age of his life. He learned computer programming at the age of 12. Computer programming is not easy to learn at a very tender age but Elon Musk learned it at the age of 12. He is a genius and very daring person who always shocked the world with his novel ideas and inventions. He was very introverted and laconic in his childhood and because of his introverted personality, he was often bullied.

He received his early education from Waterkloof house preparatory School and then went to Bryanston High school for higher education. He graduated from the Pretoria Boys High School. He also got degrees of Bachelor of Science (BS) in economics and Bachelor of Arts (BA) in physics from Wharton School, University of Pennsylvania. After graduation, he also did two internships in 1994 from Silicon Valley. In 1995 Elon Musk got an offer of Ph.D. from the University of Stanford in energy physics and material. Stanford University is one of the prestigious universities in the world. Due to some reasons, he dropped out from Stanford University and continued his internships. That was a brief synopsis of his education.

Today we know he is a successful and richest man in the world. He is brilliant and genius and his ideas have changed the world. Today we will learn how he started his career? Has he ever faced rejections and failures?

At the very onset of his career, he along with his brother established a software company. At that time, they took an apartment for rent so that they could continue their work. The apartment was out of their budget. They have struggled hard for establishing their company. They could only afford one computer. Elon Musk worked hard round the clock.

In 1999 Elon Musk established X.com Company which was an online email payment company. Over 200000 customers joined this newly developed service in its initial months. Investors of this company replaced Elon Musk with Bill Harris because they consider Elon Musk inexperienced for the company. He never got disappointed as he was replaced with another man rather getting dishearten and sad, he kept working hard and later returned as CEO of the company when the company merged with Paypal. Paypal was more popular than X.com. Elon Musk was again replaced by Theil. When Paypal was acquired by eBay for 1.5 billion dollars, Elon Musk received 100 million dollars because he was the biggest shareholder of the company.

In 2001 Elon Musk came with a novel and unique idea. He planned to build a greenhouse on Mars so that greenhouse could grow crops in space. For that purpose, he traveled to Moscow so that he could purchase an intercontinental ballistic missile, and with the help of a missile, he could send his greenhouse set up on the space. The price of rockets was so high which Elon Musk could not afford so he decided to establish a company that could build affordable rockets. The company later came to known as Space Exploration Technologies Corp or SpaceX.

At the onset, SpaceX failed many times to launch its rockets but they kept trying because trying is the key to success. Finally, the company become able to launch Falcon 1 in 2001. It was the first biggest victory of Elon Musk. It was also the first rocket that reached the earth’s orbit. The company became popular afterward. SpaceX in 2018 launched Falcon heavy. In 2017 SpaceX launched Big Falcon Rocket.

Tesla Motors Company was introduced in July 2003. The concept was financially supported by Martin Eberhard and Marc Tarpenning. The role of Elon Musk in the Tesla Company is significant. In the 2008 financial crisis, Eberhard left the company and Elon Musk took the charge of the company.

The electric car concept was initiated by the Tesla Company and the company established the first electric car, Roadster, in 2008. The car works on lithium-ion battery cells. Tesla launched Model S in 2012. Model X was launched in 2015. Model 3 was launched in 2017. The fifth vehicle, Model Y was launched in 2020. They have also launched electrical trucks, Cyber-trucks, in 2019. Under Elon Musk’s leadership, Tesla has developed a lot and become included in the world’s biggest companies. Elon Musk is a visionary man.

Elon Musk has also given the concept of a solar city. Today Solar City is the largest solar power system provider in the United States of America. Elon Musk also founded Boring Company in 2016 for the construction of tunnels. A tunnel beneath the Las Vegas convention center was completed by this company at the beginning of 2020.

In last, the secret to success is to keep trying. Failures and rejection do come in the way but we must keep working hard and never get disappointed in failures because failures make us stronger.

This is a Hindi website, where we share helpful information for beginners, you can find here "what is... in Hindi?" articles and learn something new everyday. ♥